The powerful works of NemO’S

Visual artist NemO’S creates drawings and street art pieces that not only convey a powerful social message often related to the contemporary human condition and the impact of human actions on the environment, but, most of all, communicate emotion through a concept or idea.

The pursuit of technique is very important to the artist, who has shifted from traditional interventions in the urban space towards experiments with paper in order to generate a better interaction between his pieces and the audience. In this regard, his ongoing project “Before and After” is innovative and interesting, as he uses different layers to reveal the transition from a state of his character to a whole new image: “After the first layer of paint, NemO’S covers the surface with a layer of glue and then places pieces of newspaper, covering the image that is underneath. On top of the layers of newspaper he adds a second illustration (clothes, skin, casings and different details etc.). This way the artist dresses the first image with volatile clothing that is destined to detach in time and endure the people passing by! The artistic and technical innovation lays in the cohesion of the pieces of newspaper (that the artist recycles from daily newspapers), until these come unstuck and reveal new meanings connected to the drawing, leaving the audience floored and actually including the audience in the creation of the new image.” (full text and more info here)

The works of NemO’S are very direct and usually revolve around his main character, a man with a sad, tired or desperate gaze, depending on the situation, that always seems to end up drowning in his own addictions or as a prisoner of his own illusions. His pieces are like short lessons/ reminders of life, of how our behavior as human beings affects the planet where we live and those around us, and that we are the ones who can determine the positive or negative nature and effects of our actions.

Below you can find a selection of his works, with a few insights from the artist himself.

“I’ve always thought that the smoke we are used to seeing pouring out of the chimneys is the exact moment after a gun shot, in which the only sensation is the silence that causes us to feel shocked and deaf for a few moments. It’s like a cannon or a gun have just shot a bullet! It’s easy to imagine the ozone hole being a hole in a person’s body left by a speeding bullet, like a wound that is invisible but keeps bleeding out into the sky.”

“This character represents our Earth’s despair! It’s an unstoppable cry, one tear after the other, fills an ocean that will bury us all one day! The man polluting cut off this forearms and replaced them with smoking chimneys and two faucets for eyes. This poor creature can’t close the faucets so he will eventually drown in his tears.” 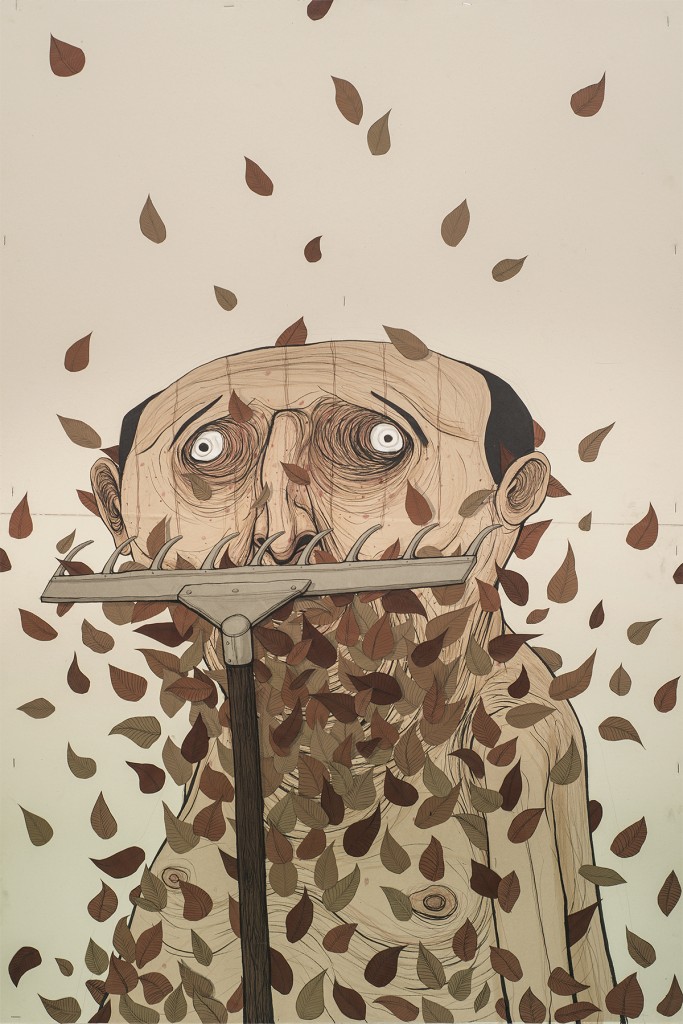 ARROW-D SIGNAL / “BEFORE and AFTER” Collage